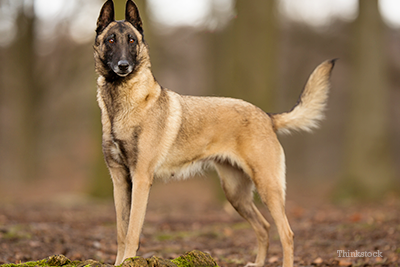 A Belgian Malinois named Jagger plays the title role in the recently released movie, Max1. Previews indicate, the canine character Max has served in Afghanistan, and is returned to the United States after his Marine handler/partner is killed in action. Max, who suffers from post-traumatic stress disorder, becomes part of a coming of age story for the Marine’s younger brother.

Max is pegged to be a summer blockbuster, although the reviews I’ve read have been mixed. Regardless of its popularity, Max will undoubtedly create an, “I must have a Belgian Malinois phenomenon.” Whenever Hollywood unleashes a new dog-starring movie, a “breed du jour” is created. This phenomenon appears to be an ingrained, cultural dynamic, no different than other fads gleaned from the movies such as clothing fashions, hairstyles and even baby names.

Do movies really influence popular breeds?
Three researchers from the University of Bristol, the City University of New York, and Western Carolina University recently conducted a study titled, “Dog Movie Stars and Dog Breed Popularity: A Case Study in Media Influence on Choice.”  They looked at 87 movies released between 1927 and 2004, all of which featured dogs. By evaluating American Kennel Club (AKC) registration trends, the researchers confirmed that movies do indeed have a lasting impact on breed popularity, in some cases, for up to ten years2.

Concerns from the Belgian Malinois community
In response to the release of Max, Judy Hagen, President of the the American Belgian Malinois Club (ABMC), is quoted on StreetInsider.com as saying, “We are very concerned that the public will see this movie and recognize the intelligence, athleticism and beauty of the Belgian Malinois, but not realize that the dogs currently being featured in movies and television are the result of years of intense training. Living with a Malinois requires a commitment to daily training and exercise. Without this they will find their own activities that will make your life a nightmare of dangerous and destructive behaviors.”

Another ABMC member, Melinda Wichmann stated, “Dedicated Malinois guardians joke that Malinois are not just a dog, they’re a lifestyle. Unless you are ready to be a firm leader 24/7/365, Malinois will assume that you are an idiot and that they are in charge3.”

The Belgian Malinois rescue community is already bracing for the predicted influx of dogs. Taylor Updike Haywood, Midwest Coordinator for American Belgian Malinois Rescue, reported, “It’s already starting here. People are calling and asking to adopt the Air Jordan of dogs.” It so happens that a movie trailer for Max uses the phrase, “Air Jordan of dogs” to describe the breed3.

The likely increase in the number of Malinois relinquished to rescue organizations is a valid concern. An impulse purchase of a Malinois, without consideration of the breed’s temperament (they are ideal for police and military work) and all that is necessary to successfully train and care for one is bound to produce an unhappy ending. Additionally, unethical breeders taking advantage of the movie-generated demand for Malinois will produce pups without consideration paid to creating good health and temperaments. Yet one more ingredient in a recipe for disaster.

Max and me
I confess to having mixed feelings about seeing Max. I would love to watch it because three of the scenes in this movie were filmed in my very own backyard, DuPont State Recreational Forest. As tempting as this is, there will be no Max for me. I will resist for the following reasons:

Impulse adoptions
Purchasing a particular breed of dog based on a reaction to a movie is ill advised. Such an impulse adoption foregoes the important research and preparation necessary to ensure that the dog breed will be a good fit. Think about it, how likely will a Belgian Malinois, the canine king of police and military work, be a suitable pet for the average family?

I encourage you to share this article with the Max moviegoers you know. Together, we can discourage as many of people as possible from thinking they need a Belgian Malinois, unless they are ready to care for one.

To learn more about the Belgian Malinois click here.