Amputation and Prosthetics for Dogs 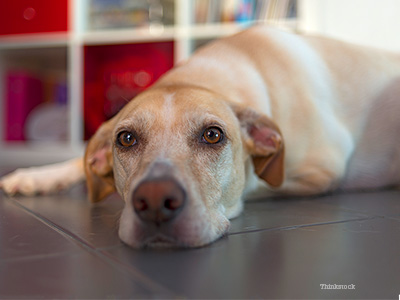 Amputation of a dog’s limb is a difficult decision but is often needed to eliminate a painful or life threatening condition. Severe trauma, cancer or debilitating birth defects are all reasons for amputation to be considered.

How will amputation affect my dog?
Most dogs adapt well to the loss of a single limb. Dogs don’t appear to experience any emotional sense of loss and most dogs are within a very short time able to walk run and even climb stairs. Click here for one example of a dog that benefited from amputation. The truth is that emotionally, amputation may hit you harder than your dog. The emotional trauma of amputation to the guardian is very real.

Prosthetic limb evolution from people to dogs
Prostheses have been utilized since the days of the Romans and Greeks1. In recent years, even a mummy was found with a prosthetic toe made of wood and leather; the toe dates back to between 950 and 710 BC2.

Over the years human prostheses were made out of wool and heavy metal sometimes formed into a shape for a particular process like holding a shield1. One of the primary motivations for the development of modern prostheses has been war. Originally peg legs and metal hooks were the norm but after the First World War, concerted efforts were made to develop limbs with greater function and cosmetic esthetics1.

Modern ultra-light, ultra strong metals and plastics along with the development of articulating joints have made it possible to produce light, cosmetic and functioning limbs that continue to evolve. No longer is amputation as difficult as it once was.

In Dogs, limb prostheses have not often been attempted in the past and when they were, they generally failed. Part of this may be because of the way limbs are amputated from animals:

As I previously mentioned, dogs are also not emotionally invested in their appearance or function so little biomedical effort was expended in the past for creating canine prostheses.

Changes in thinking about prosthetics for dogs
In recent years some rehabilitation experts, including Dogs in Motion Canine Rehabilitation, have recognized that there are short and long term consequences to dogs functioning on three limbs, including:

This can shorten life in dogs missing a limb.

Therefore, materials and techniques developed in human prosthetic design have now been applied to many more animals. The website k-9orthotics.com provides an example of the kinds of advancements that have been made in the world of prosthetics for dogs:

In the past, design and fabrication of prosthetics for animals was frequently a “one of” process wherein each limb was built and rebuilt and required a good deal of time. Now, recent developments using 3-D printers also allows for rapid design and redesign as well as production3. In the beginning, prosthetic limbs for dogs were a novelty but clearly things are changing.

Adapting to prosthetic limbs for dogs
With patience and work dogs can be taught to adapt to a new limb with a return to near normal function. Most dogs will tolerate an artificial limb, but they do need to be somewhat malleable.  Once comfortably fitted, it becomes only a matter of time before the dog learns to walk.

Here’s what you should keep in mind about prosthetics: