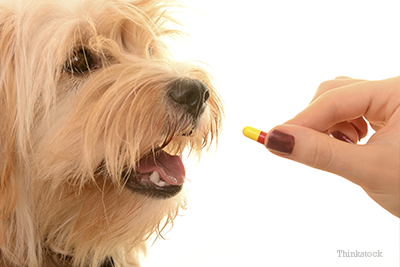 The U.S. Food and Drug Administration (FDA) issued an official warning that topical pain medications containing flurbiprofen are dangerous to animals, even in tiny amounts. The warning was the result of several reports of household pets becoming ill or dying after the guardians used flurbiprofen topical pain relief formulations.

Flurbiprofen is a non-steroidal, anti-inflammatory drug (NSAID) used to treat arthritis, joint pain, muscular discomfort and other aches. It was originally marketed as Ansaid® (Pfizer), then Froben® (Abbott), and is now widely available in generic form. It is similar to ibuprofen (Motrin® or Advil®), naproxen (Naprosyn®), and other NSAIDs. Flurbiprofen is commonly added to pain relieving creams and lotions, and that may be how pets, especially cats, are being accidentally poisoned.

Pets and medications
Cats seem particularly sensitive to NSAIDs such as flurbiprofen. For years veterinarians have warned cat owners to avoid Tylenol (acetaminophen) and never give your dog or cat aspirin, ibuprofen, or other NSAIDs without consulting with your veterinarian first. Add flurbiprofen to that No-Try List.

What prompted this warning?
The FDA revealed that the guardian of two cats sickened by flurbiprofen had recently used a pain-relieving cream on the neck and feet. The guardian did not recall the two cats eating, licking or otherwise directly contacting the cream. These two cats developed kidney failure and fortunately recovered with veterinary care.

Another household had three cats that became sick and died, despite aggressive veterinary care. The guardian had also used a flurbiprofen-containing product prior to the cats developing clinical signs. All three cats eventually died and had necropsies performed, confirming NSAID toxicity.

Clinical signs of flurbiprofen and NSAID toxicity are severe and abrupt. Many cats will progress to critical condition within 24 to 72 hours of NSAID exposure. Dogs may also be affected by flurbiprofen and NSAIDs, although they appear to be less sensitive to developing life-threatening toxicity.

What are the signs of NSAID poisoning?
Clinical Signs of Flurbiprofen and NSAID Toxicity in Cats and Dogs include:

How can you protect your pet?
If you use a topical pain relief product, it’s critical to keep these medications away from your dog or cat. If you apply a topical cream or lotion, avoid touching your pet for several hours and only after thoroughly washing. Be careful contacting couches, chairs and bedding with these preparations. Curious cats and dogs may lick residues and become poisoned. Cats may be affected by tiny amounts of flurbiprofen and there may be risk of continued exposure to tiny amounts over several days or weeks.

Veterinarians have been seeing an increase in inadvertent poisonings from topical medications over the past several years. Hormone and testosterone gels, cancer medications, nicotine patches, topical steroids and pain treatments have all been reported to cause accidental toxicity in pets. This latest FDA warning reminds us that as we seek convenience and relief for ourselves, there may be unintended consequences for our pets. Treat your pain, but remember even our most seemingly safe medications may be deadly to our furry family members.

Click here for 5 things you should never assume are safe for pets.