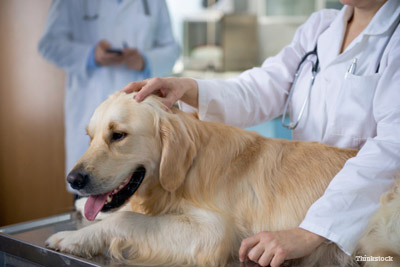 One of the benefits of practicing veterinary medicine is that you get to serve a wide variety of pet parents. Rich or poor, educated or self-taught, friendly or gruff, you learn to connect with all types. You also discover how to ease anxiety, alleviate aggression, and comfort the distraught. Being a veterinarian is much more than soothing sick puppies and curing kittens; it’s also about healing humans. Sometimes it’s the two-legged end of the leash that gives you the most trouble.

I retreat into professional “Crisis Mode” from Thanksgiving to January 2. The majority of my caseload consists of injuries and illness often associated with age and accidents. Don’t ask me why, but every change of season is accompanied by a concurrent spike in age-related disorders such as heart failure, arthritis, and cancer that I see in my pet patients. I also treat more accident injuries and unintended ingestions during the holidays. I tell you this because I was Dalmatian-deep into “Crisis Mode” when this story begins.

Harvey and the homemade distillery
Harvey was an approximately 12-year-old owner-described “Hunting Hound.” Whether Harvey was 2 or 12 was hard to determine. Not because I couldn't do the math; because we couldn’t understand the words coming out of the pet parent’s mouth. The replies we heard were similar to how I imagine a clothes dryer filled with bourbon tossing rocks inside would sound.

I was no stranger to inebriated clients. This gentleman had created an entirely new category for altered mental states. I’m not saying he was drunk; I’m saying he had apparently drunk more than a little moonshine in his lifetime. This was going to be interesting.

I surmised from examining the dog and the odd bit of English emanating, that Harvey had gotten into liquor. I began piecing together that perhaps the booze was from a homemade distillery. That was when the first inkling that this was going to be memorable appeared.

[Alcohol is very dangerous for dogs. Learn more here about what to do if you think your dog has ingested any alcohol.]

I could translate implied threats pretty well. No need for the police to be involved, I assured the man. I didn’t know where he lived, much less what he was up to. My job was to help Harvey.

“We neeed to git gowin’ quick cuz we gots lots to get to folks for Chreestmuz. I can geeve you caash.”

He reached in his pocket and pulled out a wad of bills. He slowly riffed off three $20 bills. This was 1999.

I glanced over at my veterinary nurse who shrugged. I told him it might be a bit more to give Harvey the medical treatment he needed. He nodded. The second hint that I wouldn’t forget this interaction was about to drop.

“I hain’t never gonna leeve my dawg!” He threw himself against the exam room wall and collapsed sobbing onto the floor. Impressive. Unforgettable.

And then it got remarkable.

The man sprung upright, flung open the exam room door and ran into my crowded lobby full of other pet parents with their own medical emergencies.

“I luv my dawg! Y’all please pray for him!” he screamed to no one in particular.

I took him by the shoulders and escorted him back into the exam room. My wife, Laura (who is, incidentally, a saint), arrived and poured coffee in him while I worked on Harvey. Two hours later Harvey was stable enough to go home and his guardian was calm enough to leave.

Next contact
I didn’t have a phone number or address to check on Harvey. As the holiday health crunch continued, I became distracted and stopped worrying. I had other patients that needed my emotional focus.

About a month later I was at a gas station when someone yelled my name from the street. “Hey, Doc, ol’ Harvey is doin’ graaat!” By the time I registered who Harvey was, the truck was gone. I never heard from him again. I never forgot.