JSonline.com reports that 250 eager fans packed the Miller Park Hot Corner Tuesday, hoping they could take a photograph with the New Milwaukee Brewers' team mascot, Hank. Hank the orphan dog made his first appearance at the Brewers' complex on February 17th, looking a little worn. 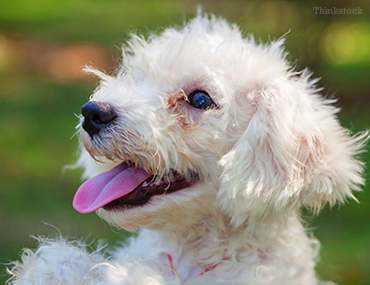 A lot has changed for him since then; less than a month later Hank is in high demand and living with his new family.

According to USA Today, the team quickly brought Hank to a local veterinarian who informed them that he had a tail injury and markings on one of his legs indicating that he may have been run over. Hank became a local celebrity after the team publicized that they were seeking his owner.

No owner came forward to claim Hank but plenty wanted him. In the end it was Brewers’ vice president Marti Wronski who offered Hank a forever home. Marti was on hand Tuesday helping fans get their pictures taken with the rising star.  Hank branded merchandise was for sale and flew off the shelves. The Brewers say 20% of sales will be donated to humane societies in Wisconsin and Arizona, reported Journal sentinel.

Hank is estimated to be two years old. Although his breed is not clear he looks like a Bichon Frise mix.