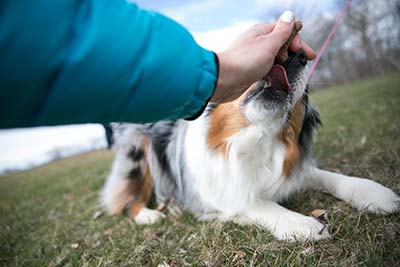 Why is the product being recalled?
According to a press release issued by the Food and Drug Administration, a number of pet food products manufactured by Carnivore Meat Company, LLC of Green Bay, WI have been voluntarily recalled because of a potential contamination with Listeria monocytogenes— a potentially serious foodborne infection.

Although the company has received no reports of human illnesses associated with recalled products, this precautionary, voluntary recall has been issued because an independent lab detected the bacteria in samples during a recent review.

What is Listeria?
Listeriosis has been in the news a good deal lately, both as a cause of human disease and because it can come from pet food. Listeria monocytogenes, is a bacterial, foodborne pathogen, that can cause:

Listeria can be found widely in the environment and on food products. It’s rarely found in dogs and cats, but when it is signs may include:

Rare cases of neurological disease have been diagnosed in dogs and cats in relation to listeria. As has dermatologic disease, and one case of a suspected miscarriage in a dog. A study from Japan reported Listeria is shed in the feces of about 0.9% of healthy dogs1.

What causes Listeria?
Most listeriosis cases are sporadic and are often associated with inadequate food safety. Outbreak investigations often provide information about the transmission of listeria that can be used to improve food safety.

A study, available at cdc.gov, run between 1998 and 2008 showed that outbreaks are becoming less frequent. The same study said that twenty-four confirmed listeriosis outbreaks were reported in humans from 1998–2008, resulting in, “359 illnesses, 215 hospitalizations and 38 deaths.” Increased testing, surveillance and food recalls, like the one discussed in this article, have reduced incidence and severity of infections. Many outbreaks have been associated with ready-to-eat meats, sprouts, taco/nacho salad and humus.

There is minimal concern about the transmission of listeria from companion animals to people. Human exposure to listeria is almost exclusively from food and environmental sources1.