The Miracle of the Christmas Bell 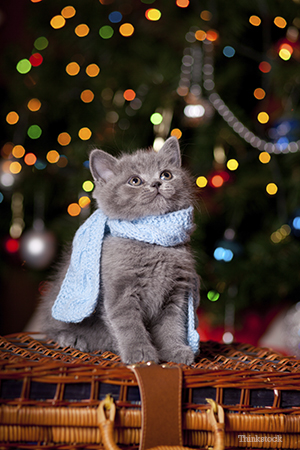 It was nearly dark on Christmas Eve before Dan could force himself to open the old shed door. Inside laid neatly stacked weary cardboard boxes containing almost twenty years of holiday traditions, celebrations, and memories. Sheri had always been particular about properly storing everything to make unboxing easy. Dan never wanted toopen those cartons again. He didn’t want to remember anything this year. Maybe never.

As he stood in the dilapidated doorway, he noticed a small silver bell on the floor. Becca’s. She was always ringing them. They were her favorite holiday decoration. She loved the way they reflected the colored lights and the jangles heralded the season. How many times had he snapped at her to quiet down? Why had he done that? What television news story or football play was worth it? She had been only twelve. Dan choked down his rage at a universe that would take such a young child. He kicked the bell, sending it ricocheting into the blackness. He wished out loud that he would never have to hear those bells again.

The walls shuddered as he slammed the worn door shut. Dan stormed back inside his silent, dimmed house. He slunk into his recliner and tried to forget what had been his life until ten months ago. Alone with his sorrow, Dan disappeared.

It was around midnight when he heard it. Faintly, from somewhere outside came the gentle tinkling of a bell. At first he thought it was his imagination, but the sound persisted. He wished the bell would stop; he covered his ears. The ringing crept past his hands and grew louder. Dan launched himself out of his chair and flung open the door. As his eyes adjusted to the crisp moonlit night, he heard it again. The jingling was coming from the shed.

Slowly Dan approached the shack. Could this be real? Surely this must be his mind finally breaking after all the tragedy he’d been through. He put his hand on the tired, cold wood and pushed.

A glint of silver welcomed him as the old door swung wide. Suddenly the bell darted out of sight to his left. A moment later it rolled back toward the right. Dan shook his head to clear what could only be a hallucination. Out of the emptiness the bell surged toward his feet where it stopped.

As Dan leaned down to retrieve the bell, he glimpsed something move underneath a low shelf. He peered closer and out scurried a tiny ball of fur. Moonlight mirrored in two almond eyes. A weak mew pierced the stillness.

Dan fell to his knees. The scrawny kitten climbed upon his outstretched hand. A single tear formed in his eye and joy he thought would never return filled his heart. As he cradled the orphaned animal, he knew what he had to do.

When Dan’s neighbors awoke Christmas morning, the first thing they noticed was the traditional Nativity scene in his front yard. Leaves were raked, abandoned newspapers recovered, and wide-open window shades revealed a welcoming Christmas tree, lines of ivy and holly, and festive lights hung high and low. As they opened their doors, the sounds of holiday music escaped Dan’s walls.

Later in the day Dan would visit each of his neighbors. The purpose of the outing was to thank them for their support and love during the past year. It was also to introduce everyone to Dan’s Christmas miracle, Bell.

Over the next few years Dan slowly returned to the living by honoring those he’d lost. Bell was his constant companion, confidant, and comrade as he forged a new life from the ashes of the old. Many years later Dan would find love and happiness again. All of this because of his wife’s planning, his daughter’s favorite decoration, and a tiny kitten that connected them all with love. Merry Christmas.