Any member of a household, including companion animals, can become victims of domestic violence. In fact, fear of what might happen to a pet keeps some human victims from leaving their abusive situation, according to AVMA.com. This is the impetus behind bipartisan, federal legislation H.R. 1258, referred to as The Pet and Women Safety Act (PAWS Act)1. This pending legislation has 57 co-sponsors in Congress and the endorsement of many domestic violence and welfare organizations, says the American Veterinary Medical Association, which has just announced its support for the PAWS Act. 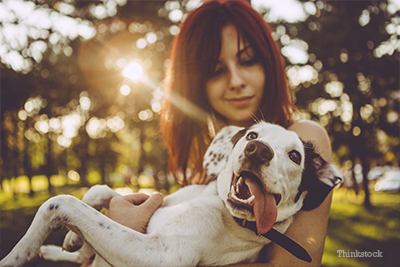 The PAWS Act
The PAWS Act would assist both male and female victims of domestic violence and their pets in the following ways1:

Domestic abuse victims and their pets
AVMA.com goes on to say that Maryland Democratic Representative, Katherine Clark, introduced the PAWS Act on March 4, along with Florida Republican Representative Ileana Ros-Lehtinen. Ms. Clark has stated, “No one should have to make the choice between leaving an abusive situation and ensuring their pet’s safety.” Advocates for this legislation report that approximately 33 percent of domestic violence victims postpone leaving an abusive relationship because of concern for their pet's well being. Additionally, up to 25 percent of victims return to an abusive partner because they fear for their pets.

Abusers are often aware of the emotional bond between the victims and their pets. They may exploit that bond in order to frighten, manipulate and control the target of their abuse. Some grim statistics bear this out2:

Some victims who have escaped their abuse struggle to afford necessary veterinary care for their pets, harmed by abuse. While many sympathetic veterinarians discount or donate their services, the PAWS Act would enforce provision of veterinary care costs in these situations.

What you can do
The PAWS Act was referred to the Subcommittee on Crime, Terrorism, Homeland Security and Investigations on 3/31/15. How can you help this bill come to fruition? I encourage you to write to your US representatives, asking them to cosponsor the PAWS Act (H.R. 1258). Just imagine how this legislation will provide benefit to victims of abuse by giving them the ability to protect a beloved pet.