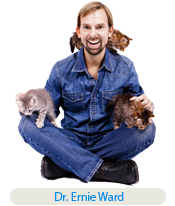 Chances are you learned to swim using the “dog paddle” stroke. Chances are you’ve also observed your dog “paddling” in a pool, lake, ocean, or bathtub. Newswise.com reports that new research from The Society for Integrative & Comparative Biology indicates we humans may have it all wrong when it comes to understanding the swimming technique of dogs. According to the latest tests, dogs aren’t “paddling;” they’re trotting underwater.

Dog paddling is running underwater
The term “dog paddle” has been applied to the way humans, turtles, even armadillos swim but has never been studied in dogs before now. Dr. Frank Fish, a biology professor at West Chester University in Pennsylvania, set out to answer the question of how dogs paddle. The answer was surprising.

Before you roll your eyes and hit the “back” button, know that Dr. Fish was searching for an answer to a bigger question. The appropriately named Fish was actually trying to understand how mammals (such as whales) evolved from walking animals to swimming animals. Fish postulated that if he could understand how land mammals — such as dogs — swim, he could hypothesize how whales went from paws to fins. That and he wanted an excuse to film his own dog swimming in a water tank. His family Christmas cards must be stellar.

Fish and his fellow researchers used eight different dogs from six breeds. They evaluated tiny pooches such as the Yorkshire terrier and large dogs like the giant Newfoundland. Fish quickly discovered they needed a bigger tank if they were going to use the Newfie.  Me? I would’ve downsized to a Great Dane. Fish (I love writing his name) eventually commandeered a horse rehab pool from the University of Pennsylvania. Good thing they didn’t lose the Yorkie in there.

Despite your giggles, this was serious science. Fish observed that his swimming dogs displayed a gait similar to a terrestrial trot. He also found that the “dog paddle” is actually a trot with a twist (my words). The “twist” is that the legs move beyond the normal range of motion of actual trotting. Fish also spotted that swimming motion didn’t vary among breeds as trotting on land does. In other words, all dogs swim the same. Only they’re not swimming, they’re doing a modified trot underwater.

What does this dog swimming research mean for your dog?
Probably not very much. Evolutionary biologists may find Fish’s school of thought more interesting. People who ponder how whales lost their legs may also find it quite insightful. Fish has scaled new heights in his quest to dive into the murky waters of whale evolution. The real question you should be asking is what jokes you can make about this article.

Seriously, what this research tells me is that veterinarians need to evaluate a dog’s range of motion when prescribing swimming rehab.  Swimming is one of my favorite no-impact doggie activities. [Editor's note: Always keep your dog safe around the water.] If I have a patient with a severely impaired hip range of motion, I advise close observation when swimming due to inherent inefficiency.   Swimming may also help improve a pet’s range of motion because of the exaggerated trotting motion. There’s a joke in there somewhere:

A distraught woman rushes into a veterinary clinic carrying a soaking wet dog. “What’s wrong?” asks the veterinarian. “I found my dog in my pool!” The vet takes the dogs and asks, “What was he doing in the pool?” “Dog paddling!” exclaims the woman. “Not according to the latest research.” countered her vet.

See, I told you there was a bad joke in there.