Recently, several organizations led by the Elephant Action League combined to create a new, confidential way to report crimes against wildlife and the environment. As reported by The Huffington Post, Wildleaks, a brand new not-for-profit website, offers a way for concerned citizens worldwide to submit evidence of alleged wildlife crimes in the form of photos, videos, or documents. So far, it’s been successful: within hours of launch, tips began to come in. And while the very first tip came from the United States, the website is internationally-oriented and designed to help notify authorities of possible atrocities on all continents.

Wildlife crime has long been devastating for animal populations but profitable for its practitioners. According to World Wildlife, it is carried out in order to obtain commodities such as elephant tusks (ivory), rhinoceros horns, and tiger skins, which are then trafficked much the same as drugs and arms and controlled by dangerous crime syndicates. And listed by Global Financial Integrity, it ranks fifth behind drug and human trafficking, counterfeiting, and oil, it yields an estimated $7.8-17 Billion in profits and is one of the most profitable illicit crimes in the world. 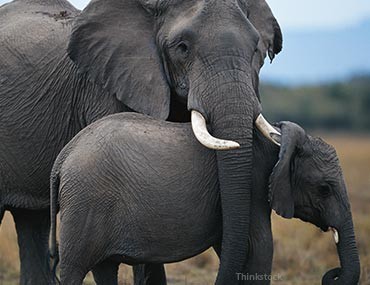 2013 was a particularly bad year for wildlife crime. As reported by The Guardian, by September of last year, 704 rhinos had been killed by poachers in South Africa, and it is currently estimated that only one third of forest elephants will remain within the next decade. In addition, because of how lucrative wildlife crime can be, it actually escalated in 2013 from a conservation problem to an international security threat because of the amount of funds international crime organizations and terrorist groups were able to earn through trading wildlife products.

While some of the most egregious crimes against wildlife are committed abroad against elephants, rhinos, and tigers, the fact that animal products can fetch lucrative prices, often right here in the United States, contributes to the problem. This reality has led to recent federal legislation to halt the import of elephant ivory to the United States, according to National Geographic.

Hopefully, Wildleaks represents another step towards ending the needless killing of animals for profit. According to Wildleaks project leader Andrea Costa, the goal of the project is increase vigilance with regard to wildlife crimes. “Wildlife crimes very often go undetected and unchallenged when people do not speak up about them, and whistleblowers can play a crucial role in fighting back, creating awareness and supporting justice,” said Costa.

Here’s to hoping for swift results and justice for wildlife.

Matt has more than 3 years of experience in the pet health industry and is a lifestyle contributor to IDEXX’s Pet Health Network team.
Read more >