As reported by chron.com, a 3-year-old Chihuahua/Dachshund mix has been reunited with his family after somehow managing to travel from his home in Killeen, Texas to a shelter in southwest Ohio. Corbin the dog escaped the Siaz family’s yard, only 3 days before showing up at the Animal Friends Humane Society in Hamilton, Ohio. Corbin was identified by a microchip, but how he traveled so many miles in such a short amount of time remains a mystery. 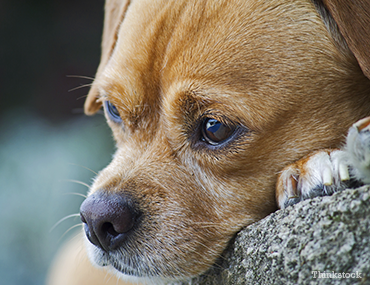 According to Carol Christian of chron.com, “surveillance photos show that an unidentified woman left Corbin outside the Hamilton, Ohio shelter.” Deputy Kurt Merbs, with the Butler County Sherrif’s Office, said that the women tied the dog to a bench around midnight. Unfortunately, the dog was then forced to endure a thunderstorm while he waited for the shelter to open.

The Siaz family; made up of Mike Siaz, Sharlette Siaz, and their three children; was unsure of how to get their dog home; they reached out using social media channels. In the end it was a couple named Mary Davis and Shawn Woolever who answered the call for help. They were in Texas attending a funeral and lived only 10 blocks from the Siaz family home.

Corbin was safely returned to his family Wednesday.

This story reminds us of the importance of microchipping your pet. Without the chip, the Saizes may well have been one member short. To learn more about microchipping click here.