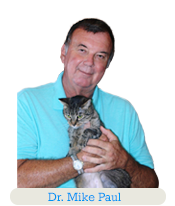 One of the most enjoyable outdoor activities for me personally is fishing, and generally dogs enjoy it too. There are, however, a few precautions to take when fishing with your dog. First of all, dogs can be injured by lures and hooks, either by getting caught on them or by swallowing them. Less commonly, dogs can be injured by a large fish flopping and flailing around. They can also fall overboard or slip into the water from a steep bank where, if the current is fast, they can swiftly be swept downstream. Lastly, raw fish can pass along a dangerous condition called salmon poisoning disease (SPD). Salmon poisoning disease is expanding to new parts of the country and you should be aware of it, not only when you’re boating, but even when you’re gardening!

Surprisingly, it’s not exclusive to salmon; perhaps even more surprisingly, the organism responsible for the disease is not harmful to fish. 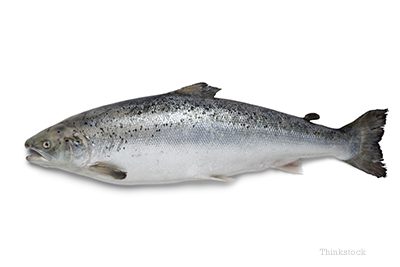 It’s also seen inland, along the rivers of fish migration2.

How is salmon poisoning disease transmitted?
Salmon poisoning disease is transmitted by eating or even licking raw fish—primarily members of the salmon family, including trout. This parasite’s life cycle begins in a stream snail called Oxytrema silicula. After a period of time the snail is consumed by a fish—most often a salmon fish, but not always. Dogs (not the only mammal to host the parasite) can then get it by licking or eating affected fish.

If not treated, most infected animals will die within just a few weeks of infection.

Other ways do diagnose salmon poisoning disease include:

How can I protect my dog from salmon poisoning disease?
Every precaution should be taken to prevent dogs from ingesting raw fish: