Most dog owners who have acquired a new puppy have been through the “accident” phase. Many of those dog parents ask themselves, “Will he ever stop peeing in the house?” (Learn about house training your puppy.) The good news is that once a healthy puppy is house trained they don’t often revert. Unexpected and inappropriate changes in the toilet habits of a dog should not be considered a slip but rather a tip that something is occurring and making it difficult to control urine flow. Occasionally, a puppy may be born with a congenital defect such as ectopic ureter, which makes them unable to control their urination without medical intervention. These puppies will seem to fail to learn housebreaking skills. Make sure that you discuss any and all abnormalities, concerns, and changes in your pet with your vet.

Talking about incontinence in your dog with your veterinarian
Don’t be shy. Though it can sometimes be a bit awkward, be sure that your pet’s toilet habits are discussed with your veterinarian. The most important step is to discuss the problem of urinary accidents and treat it appropriately.

One of the first things you as a pet parent can do is to carefully observe the problem. If your dog is having "accidents," it would be helpful to tell your veterinarian if the dog is consciously urinating or is “leaking” urine as is seen with urinary incontinence. Some details to share can be obvious: 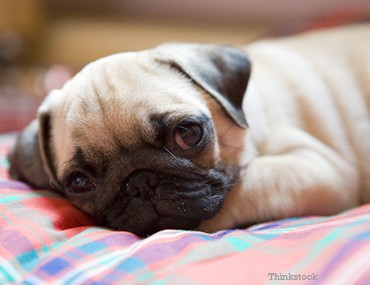 Common causes of urinary incontinence
But what could be causing the incontinence? There are several possible causes, including:

Don’t live with puddles. If your dog is experiencing incontinence, work with your veterinarian to do a thorough evaluation, often including a blood count and blood chemistries to rule out diabetes and kidney disease.