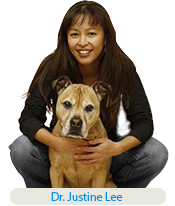 While trauma (e.g., being hit by a car) can often cause bruising in dogs, just playing or rough housing should not typically result in bruising. That’s because dogs have a thicker epidermis (skin) and coat that protects them from bruising more than it does for humans. As a result, when we see dog bruising, we worry about an underlying platelet problem or clotting problem.

Bruising in dogs is never normal, and signs of pinpoint bruises (called petechiae) or larger bruises (ecchymosis) warrant an immediate trip to your veterinarian. Of course, your veterinarian will rule out more benign causes (such as hives or an allergic reaction that can look similar to a bruise).

Bruising is easiest to see on the gums of your dog, inside thigh, or on the belly (where there is less fur).

What other symptoms might appear with bruising on my dog?

If you notice any signs of bruising, you and your veterinarian will also need to make sure and rule out other clinical signs of a bleeding problem:

Normally, the body’s ability to clot is complex and involves multiple stages and key components such as tissue factor, platelets, clotting factors, fibrin, and components that break down fibrin. In certain diseases, the body loses the ability to clot normally and uncontrollable, life-threatening bleeding (i.e., hypocoagulability) or abnormal clotting (e.g., hypercoagulability) may be seen.

What might cause bruising and what could it mean? 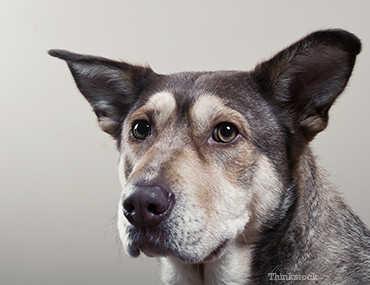 If your dog does have bruising, your veterinarian will ask important questions to rule out the following:

Answering these questions carefully and truthfully is important, as it will help determine if the bruising is from a congenital source (i.e., something your dog was born with or inherited) versus something that developed all of a sudden as an adult due to disease (acquired).

Congenital causes for bruising include the following:

Acquired causes for bruising include the following:

If your dog has bruising, your veterinarian will also want to run some diagnostic tests that typically include: 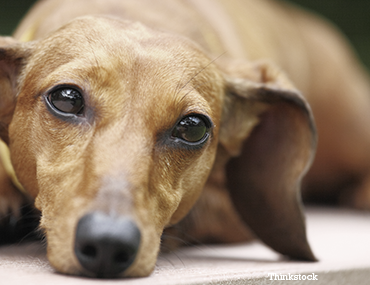 Once your veterinarian is able to determine the cause of bruising, further treatment wil also be determined. Treatment may include intravenous (IV) fluids, blood transfusions, plasma transfusions (for von Willebrand’s disease or mouse/rat poison, steroids (for immune-mediated hemolytic anemia), Vitamin K1 therapy (for mouse and rat poison or liver failure), or symptomatic supportive care.

So, when it comes to bruising, don’t blow it off. The sooner you notice the bruising, the sooner your veterinarian can identify the underlying cause and focus on treatment. As dogs have fur, it’s often difficult to notice any small bruises, but when you’re giving that belly rub, check for bruises (and ticks or bumps!).