The Cesky Terrier, pronounced CHESS-kee, is a smaller terrier originating in Czechoslovakia. Created in 1948 by a Czech breeder named František Horák, the Cesky was a cross between a Sealyham Terrier and a Scottish Terrier. The Cesky Terrier is one of the six rarest dog breeds in the world.

In the 1980s, the breed was imported into the U.S. by a group of enthusiasts who later formed the Cesky Terrier Club of America. The Cesky Terrier is often used to hunt fox, rabbit, duck, pheasant, and even wild boar!

Cesky Terriers were introduced in the wake of World War II but were only recognized as a breed in 2011 by the American Kennel Club. Meaning they are one of the most recent breeds to be acknowledged in America. 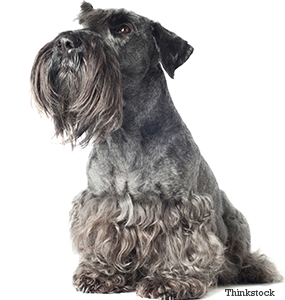 Cesky Terriers are less active and quieter than other terriers but that doesn’t mean they’re not lively. As puppies Cesky Terriers can be a handful and love to chew and destroy their toys. This behavior can result in household destruction as well if you don’t keep a close eye on the Cesky.

Like any terrier they love to dig so if you like to keep a well maintained yard you should find a place where it’s acceptable for them to make a hole and train them to dig there. They have a low, loud bark and love exercise, especially a good game of fetch!

When it comes to training start early, your dog should always see you as the dominant figure. The Cesky loves his family but is not always welcoming toward strangers or guests. They can be a bit aggressive so they may not be a suitable pet for households with children or other animals. Cesky Terriers are a very independent-minded breed so you need to be firm and consistent throughout the training and socialize early.

Cesky Terrier puppies will need daily grooming, while adults need a brushing about twice a week and their coats should be trimmed every three to five weeks.

The Cesky Terrier is generally a healthy dog, but this breed sometimes suffers from the Scotty Cramp (a minor problem that causes awkward movement), it’s not painful nor life threatening. You should also watch for any of the following conditions: