If you think dogs are the only ones who get heartworm disease, I invite you to reconsider. Although dogs are the more natural host for this disease, cats are also susceptible to heartworm infection. It is estimated by the American Heartworm Society that, in any given community, the incidence of heartworm infection in cats is approximately 5% to 15% percent that of dogs who are not on preventive medication. 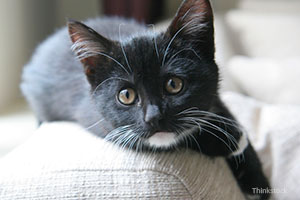 1. The disease targets the lungs
Most dogs with heartworm disease involve many worms and the heart and lungs are the prime targets for damage. In contrast, only one or two worms are typically present in an affected cat1,and the disease takes its primary toll on the lungs. The cat’s immune system goes into overdrive in response to immature heartworms located within the lungs and/or fragments of dying, adult heartworms that flow through blood vessels feeding into the lungs. The result of this immune system activity is a whole lot of inflammation that can wreak havoc within the lungs. The acronym HARD (heartworm associated respiratory distress) is used to describe feline lung disease caused by heartworms1. 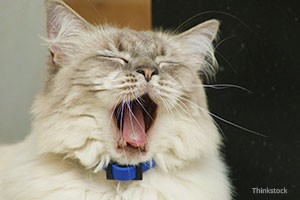 In rare cases, more severe symptoms and even sudden death can occur. One of the most surprising symptoms that occurs in cats with heartworm disease, but not in dogs, is intermittent vomiting that is unrelated to eating1.

Not all cats with heartworm disease show symptoms. For those cats who test positive for the disease on routine screening but are free of symptoms, careful monitoring over the course of two to three years (the lifespan of the adult worms) is recommended. 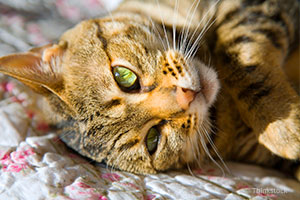 3. Diagnosing heartworm disease
The most reliable screening test for heartworm infection in dogs is called an antigen test. Performed on a blood sample, it detects microscopic particles (antigen) produced by adult, female heartworms. In cats, it’s not unusual to have a male only population, given that often only one to two worms are present. Additionally, many cats develop symptoms and are therefore tested when the worms are immature. For these reasons, cats with active heartworm disease often have negative antigen test results. However, if the antigen test is positive, this is proof of heartworm disease.

Because antigen tests could be negative in cats with heartworm disease, it is very important to pair the antigen test with a blood antibody test in those cats showing symptoms. The presence of antibodies means that the cat’s immune system has been exposed to the heartworm parasite. A negative antibody test is good evidence that a cat has not been infected. On the other hand, a positive antibody test can mean that either there is an active infection, or the cat experienced heartworm infection in the past. Antibody levels can remain elevated long after the heartworms have died.

The American Heartworm Society recommends that initial screening for feline heartworm disease includes both antigen and antibody testing. If results support the possibility or probability of heartworm disease, ultrasound of the heart and X-rays of the chest to evaluate the lungs are recommended to confirm or deny the diagnosis. 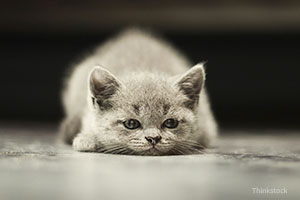 4. There is no treatment to get rid of feline heartworms
Unlike the canine version of this disease, feline heartworm infection is not specifically treatable. Melarsomine, the drug of choice to kill adult heartworms in dogs, is toxic for cats. For this reason, feline heartworm disease is considered to be manageable rather than treatable. Corticosteroids such as prednisone or prednisolone are commonly used for their potent anti-inflammatory effects. Treatment often continues until the adult worms have died and are cleared from the lungs (a two to three year process). 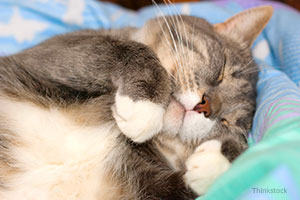 5. Prevention of heartworm disease
Disease prevention is the best strategy, particularly in areas where mosquitoes proliferate. The American Heartworm Society recommends orally administered, once a month preventive medication, beginning at eight weeks of age for all cats in heartworm-endemic areas. Talk with your veterinarian about heartworm in your area. Depending on the weather in a particular region, preventive medication may be recommended seasonally or year-round.

An indoor feline lifestyle is not a guarantee against heartworm infection. In fact, one in four cases of heartworm disease occur in cats that live exclusively indoors1.

Next, check out, Heartworm Disease: Cats Get it Too >>